What is Broken Windows Theory and Why is it Relevant to Your Goals? 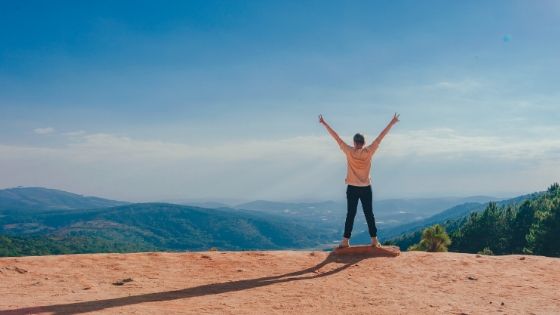 In the late 1970s, Stanford psychologist Philip Zombardo, decided to conduct an interesting experiment. He parked one car without license plates with the hood slightly open and the window down in a New York City neighborhood. The other car he parked in a neighborhood in Palo Alto, California, but he did not remove the license plates or leave the hood and window open – this car appeared to belong to someone and as if it was in regular use. It is important to note that both neighborhoods where he parked his cars were known for their poverty and high crime rates.

The car he parked in New York was “visited” by thieves the same night, and after only three days there was nothing of value in it. The car he had parked in Palo Alto was still untouched after a week.

To continue his experiment, he decided to smash the window of an “intact” car parked at Palo Alto with a hammer. The broken window somehow gave the impression that the car was abandoned. Just a few hours after he smashed the window, thieves stole everything of value from the car.

So while the car seemed to belong to someone and it appeared that it was regularly maintained and used, no one had touched it for a week. As soon as he broke the window and left the impression that it was abandoned, thieves stole everything of value from the car just a few hours later.

This experiment served as the basis for the development of what is known as the Broken Windows theory, which states that when minor crimes become IGNORED and NEGLECTED, this creates the impetus and fertile ground for the spread of larger crimes and the development of “more serious” crimes. This theory has proven to be more than effective in practice and its application has led to a decrease in crime rates in various cities across the United States.

Over time, this theory has also been applied to the field of personal development in a slightly modified form. Let us now examine how this theory can help us in personal change.

No matter how “big” or “far away” the goal or outcome you want to achieve, most of your path to that goal or outcome consists of a multitude of SMALL STEPS that you must take every day.

No matter how “big” or “far away” the goal or outcome you want to achieve, most of your path to that goal or outcome consists of a multitude of SMALL STEPS that you must take every day.

You may want to lose 10 kilos. Whatever weight loss program or approach you choose, what will have the greatest impact on achieving the result is exactly the sum of the small steps you take each day, such as exercising regularly, eating right, avoiding certain foods, and so on.

Maybe you want to write your first book. You are full of inspiration and feel joy and excitement just thinking about your book being sold in bookstores. However, the success of your endeavor will depend mostly on your daily habits and the time you spend each day writing, studying literature, completing your existing tasks, and so on.

Great ambition, motivation, inspiration, vision, and various other “drivers” of proactive behavior are often overrated. As much as they can be (and often are) very powerful triggers for the process of change, they quickly disappear if we do not maintain them with small practical steps in our daily lives. Jim Rohn, one of the most famous motivational speakers, said, “Motivation is what gets you started. Habit is what keeps you going.”

“Motivation is what gets you started. Habit is what keeps you going.” – Jim Rohn

Unfortunately, these small steps are often repetitive, so that hardly anyone notices you taking them, and sometimes they seem insignificant in relation to your ultimate goal or outcome. Sometimes you don’t notice any progress for days or weeks, even though you stick to them regularly. For example, you exercise regularly for several weeks and take care of every meal without noticing any particular change in your body. Or you have been writing your book for a few weeks, and after deleting everything that seemed superfluous, you realize that you have only written two pages.

But the point is that these small routine steps that no one sees or notices you doing, gradually allow you to see the crucial (bigger) steps that will keep you visibly moving towards your goal or the change you want.

However, if you start ignoring and “skipping” these small steps, you will create a TENDENCY TO IGNORE AND SKIP ANY TYPE OF ACTION YOU NEED. This will gradually dampen your motivation and cloud your vision. It is very likely that you will eventually give up on your goal or the change you want to make, believing that the goal you set was not for you anyway.

If you start ignoring and “skipping” these small steps, you will create a TENDENCY TO IGNORE AND SKIP ANY TYPE OF ACTION YOU NEED. This will gradually dampen your motivation and cloud your vision. It is very likely that you will eventually give up on your goal or the change you want to make, believing that the goal you set was not for you anyway.

Each of those skipped small steps takes you back two steps. Each of your skipped small steps acts metaphorically like a car from the experiment above that seemed increasingly neglected. The more your “car” looks “neglected”, the less will be your will to restore it to its optimal state. Ultimately, this will also cause those around you who could help you achieve the goal you want to achieve to subconsciously “smell” that you are being flippant and not sufficiently committed to your goal or the outcome, and will lose their will to help you. Let us face it, why would they waste their time with you if you have not yet worked out with yourself how much you really care about what you want? This all happens mostly on the unconscious level, but most of our interactions happen unconsciously anyway.

Once you faithfully stick to the small steps because you don’t want your “car” to appear neglected, but rather regularly cared for and maintained, people will recognize your commitment and feel the urge to meet your needs to the best of their ability and help you as best they can and know how.

In short, small steps, taken regularly daily, or weekly, are the basis of every successful result. The lifetime, intensity of your vision, motivation, and inspiration depends on them. Once you start ignoring and “skipping” these small steps, you will not only feel an increasing tendency to ignore and “skip” them even more, but you will also start putting off the crucial (bigger) steps necessary to achieve your goal.

The secret to being proactive is not to have a great vision, strong motivation, or ambition, because there is hardly a person who has not felt a strong inspiration or motivation to do something at least a few times in their life. Unfortunately, without further understanding, visions, inspirations, or motivations often resemble the long-awaited guest who suddenly arrives at our front door and as soon as we are happy that he is there, suddenly disappears. The secret to proactivity is to (1) understand the importance of small steps, (2) understand the dangers of skipping and relativizing small steps, and (3) understand the concept for which the term “nonlinear nature of the cumulative effect of small steps” is used in the context of the TT MINDFULNESS ™ program.

Nonlinear nature of the cumulation of the effect of small steps

There is another interesting phenomenon that is good to keep in mind when talking about the importance of taking small steps as well as the hidden danger of “skipping” them.

When we define our goals and the small steps we take on a daily basis, one part of our mind expects us to see at least a small level of progress with each step we take. This is quite natural to expect because if you are already investing time and energy into something, you want to make sure that the action you have taken at least brought you closer to the desired outcome. Unfortunately, as much as the stated expectation seems logical, linear progression is reserved only for rare cases.

For example, if you need 100 days of some activity to reach your goal, feel free to count on about 80 percent of your VISIBLE RESULTS to appear only in the last 20 days (the last 20 percent of the time).

For example, if you need 100 days to complete your book, chances are that 80 percent of your manuscript will be completed in the last 20 days, while you’ll spend the first 80 days experimenting with different ideas, writing and deleting, researching material, etc. – in any case, without any specific visible results that you might show someone and ask that person for their opinion.

If you, for example, need 10 months to start your private business and get your net monthly income equal to your current monthly salary, it is likely that most of the significant results that will most impact your default net monthly income will appear exactly two months before you start earning that kind of income.

This, of course, is not a precise statistic, but merely a tentative idea that indicates that our path to the goal is quite nonlinear. Unfortunately, due to a misunderstanding of this phenomenon, many people prematurely conclude that what they are doing “is not going as they imagined” and give up, often not realizing that they were almost near the realization of their goal.

The point is to prepare yourself in advance to spend on average 80 percent of the time it takes to accomplish a goal by making small, necessary steps that no one will even notice. That’s exactly what differentiates people who go forward from those who constantly go in a circle.