What You Need to Know Before You Enroll in Any Mindfulness Course? 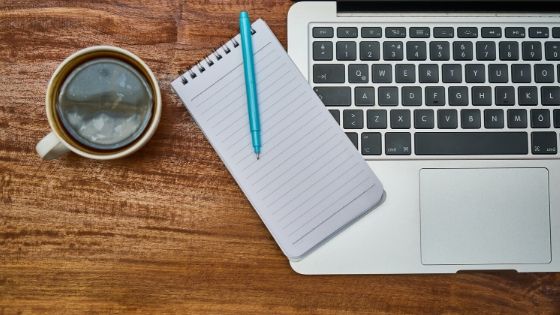 In the last 30 years, a great number of Mindfulness books and articles have been published. On the one hand, to people who are interested in Mindfulness this offers width and the opportunity to explore from many angles, and on the other hand, it is precisely this large amount of information that created ambiguity for many and it is hard for them to have a basic concept on their head which they could continue to explore.

The correct answer is that there are several Mindfulness paths and they differ in terms of the purpose and the target group for which particular methods and approaches are intended.

There are several Mindfulness paths and they differ in terms of the purpose and the target group for which particular methods and approaches are intended.

To facilitate your research, I will outline five basic Mindfulness paths below. All of them have a similar starting point, but in theoretical and methodological terms they are quite different as soon as the initial stage is crossed since they serve different purposes. Keep in mind that this is only a framework and informal division of Mindfulness styles and I use it only to make it easier for you to orient yourself in further research.

Mindfulness focused on the health aspect

The first Mindfulness path is focused on the health aspect and its purpose is to help people cope with pain and post-traumatic stress disorders more easily. The most notable author and instructor of this path is former University of Massachusetts medical professor Jonn Kabat Zinn and his umbrella program  Mindfulness Based Stress Reduction. The aforementioned program is most commonly applied in hospitals and as one can imagine, Mindfulness coaches or instructors who are most represented in this path are mostly doctors and various health professionals. By the way, Jon Kabat Zinn is one of the pioneers of Mindfulness in the West and has greatly contributed to the Mindfulness and started being seriously experienced and has explored within scientific circles. Even if you have no health issues and are not interested in this path, I find it advisable to read one of his books. I suggest people attending my  Mindfulness Coach Certification program  to fully study all his books, even if they don’t like them. After all, it’s a classic that anyone who wants to take Mindfulness teaching more seriously should be familiar with.

The second path in the field of Mindfulness is focused on people who have problems with depression. Most of these programs fall into the category of Mindfulness Based Cognitive Therapy and are a style that combines individual Mindfulness methods and approaches with cognitive behavioral therapy. As this is basically therapy for people suffering from depression or anxiety, this idea of Mindfulness is primarily addressed by psychotherapists and other mental health professionals, and judging by the results of scientific research, this form of therapy is very effective. I find it interesting noting that a two-year postgraduate program called Mindfulness Based Cognitive Therapy was launched several years ago at the University of Oxford.

Mindfulness that is focused on personal development

The third path in the field of Mindfulness is generally focused on personal development, raising the level of personal energy and improving the quality of life. Often mentioned topics here are developing creativity, goal awareness and setting authentic goals, releasing internal beliefs that block the desired change, creating good and productive habits and constantly living outside the comfort zone. Mindfulness is used as an additional tool to gain mental and emotional agility and to create a sharp focus so that a person can be more focused on its goals and create the desired change. Mindfulness coaches who are most represented in this path are mostly coaches whose work is focused on personal development. Program TT MINDFULNESS™ definitely belongs to this category.

The fourth path in the field of Mindfulness is focused primarily on companies with major focus on efficiency, agility and productivity. They are often referred to as the Corporate Based Mindfulness Training. Such programs often combine Mindfulness with various other related methods like NLP, practical neuroscience or emotional intelligence. The best known program in this path is Search Inside Yourself developed by Google. Mindfulness coaches who are most represented in this path are either coaches or HR professionals.

Mindfulness based on Buddhist principles (“Vipassana”)

The fifth path in the field of Mindfulness is tightly connected to traditional Buddhist principles and in relation to the previous four directions which are completely secular or “flirting” with certain universal spiritual and metaphysical principles (depending on the preferences of the author/instructor/coach), this path is primarily focused on Buddhist spirituality. This type of Mindfulness training is mainly conducted by Buddhist monks or people who prefer Buddhist principles and lifestyles. One of the most famous representatives of this style is the Buddhist monk Thich Nhat Hahn.

There is another Mindfulness path that is applied in the schools of certain Japanese and Chinese martial arts, but it is only oral transfer of knowledge so there is no particular need to talk about it.

I hope that my informal division and framework will facilitate your further exploration of Mindfulness  and help you identify the general path that an author, instructor, program or book belongs to.

So, to the question “Which Mindfulness path is best for me?” The correct answer depends on what you want to get with Mindfulness, in other words what is the main goal underlying your motivation to engage with that method.

In fact, it is like this with everything, isn’t it?