A Habit You Must Adopt if You Want Inner Peace 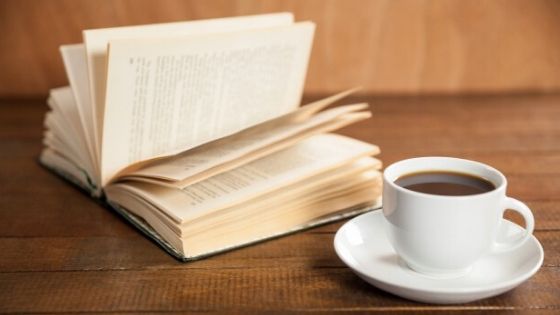 A couple days ago, a young entrepreneur came to see me in my office visibly beaten down and depressed. We had coffee and talked a little about his situation at work and about his life in general.

His business is doing extremely well, he is hardworking and diligent, he is healthy, surrounded by people who trust in him and cheer for him and he is in a relationship with the person he loves and with whom he sees himself in the long run.

Despite everything, according to his words, he has been feeling restless, depressed and worried for months… And he knows no reason for that.

Our meeting was scheduled for 9 am, but even after our brief conversation I noticed that before he came to me, he sat down at a nearby cafe, had coffee, flipped through a few daily newspapers and checked the news on Facebook.

At one point, something clicked and the situation became crystal clear to me.

Ever since I started coaching, I have had the opportunity to work with hundreds of different people and heard firsthand their life stories about various ups and downs.

And I’ll tell you something…

All of those people who decided to rise above their problems and do something they are proud of today, they agree on one simple idea that could be stated in the shortest way as follows…

Forget about daily newspapers and news portals as well as any social networks before 11 am and don’t let your early mornings pass without at least 15-20 minutes of prayer or meditation and at least 20 minutes of reading literature that inspires you and nourishes your soul.

Clients who listened to this advice and only followed it for 30 days told me that it was not easy for them to introduce this habit, but after introducing it, they began to feel significantly more in control of their lives and a strong inner peace.

I dare to say it is a habit you simply have to adopt if you do not want to be part of this chaos around us.

Daily newspapers, including various portals, are full of negative stories that raise feelings of helplessness, anger, frustration and apathy and are primarily focused on what’s wrong. By reading them early in the morning, in such a way you gradually program your mind that it is perfectly normal to be focused on what’s wrong and bad.

Unfortunately, frustration, nervousness worry and indifference are the dominant moods of most people around you you meet.

You don’t need that, nor is it necessary for you to be part of such a story.

No one is asking that of you.

Life is a lot more than chaos and frustration, but you have to decide that you want to get more out of life and do something concrete on that plan every day!

Unless you train your mind differently, it is beyond doubt that you too will become part of general chaos, frustration and disappointment.

A Course in Miracles says that “An untrained mind can accomplish nothing.”

You can do this because within you is the Strength that can enable you, but you must create the opportunity and the conditions for it to be expressed through you.